In EnergyOn we understand, that your data is extremely important to you. Power systems, environmental controls, security equipment and IT systems, proposed by EnergyOn allow to equip data centers comprehensively even at class TIER IV.

UPTIME INSTITUTE® developed four levels of DATA-CENTER, which have become one of the standards of server construction.

TIER III (level 3) – Concurrently Maintainable Site Infrastructure
System of concurrently maintenance (damage to one of the devices does not stop the operation of DATA-CENTER, it is possible to carry out maintenance during operating)

TIER IV (level 4) – Fault Tolerant Site Infrastructure
Fault Tolerant system (damage to any of the elements leads to an automatic response of the data center and does not cause stop of DATA-CENTER it is possible to carry out maintenance during operating). Along with the concept of performance-level the definition of availability is used.

Note that DATA CENTER is the sum of many subsystems. The ability to work depends on the actual performance of all systems (power supply, air-conditioning, telecommunications, IT). 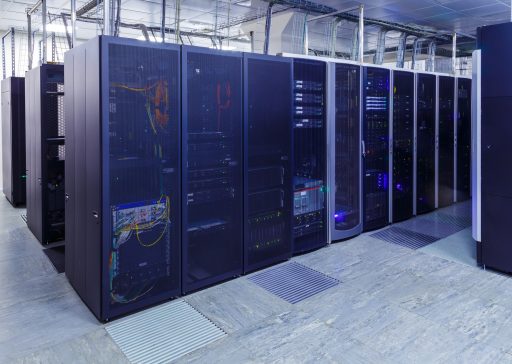 Uninterruptible Power Supply is used for uninterrupted supply of the loads.

Precision air conditioning is one of the most important components in the server room.

Safety systems are designed for Data Center and include, among others, extinguishing systems, access systems, video monitoring systems.

Read more
How can we help you?